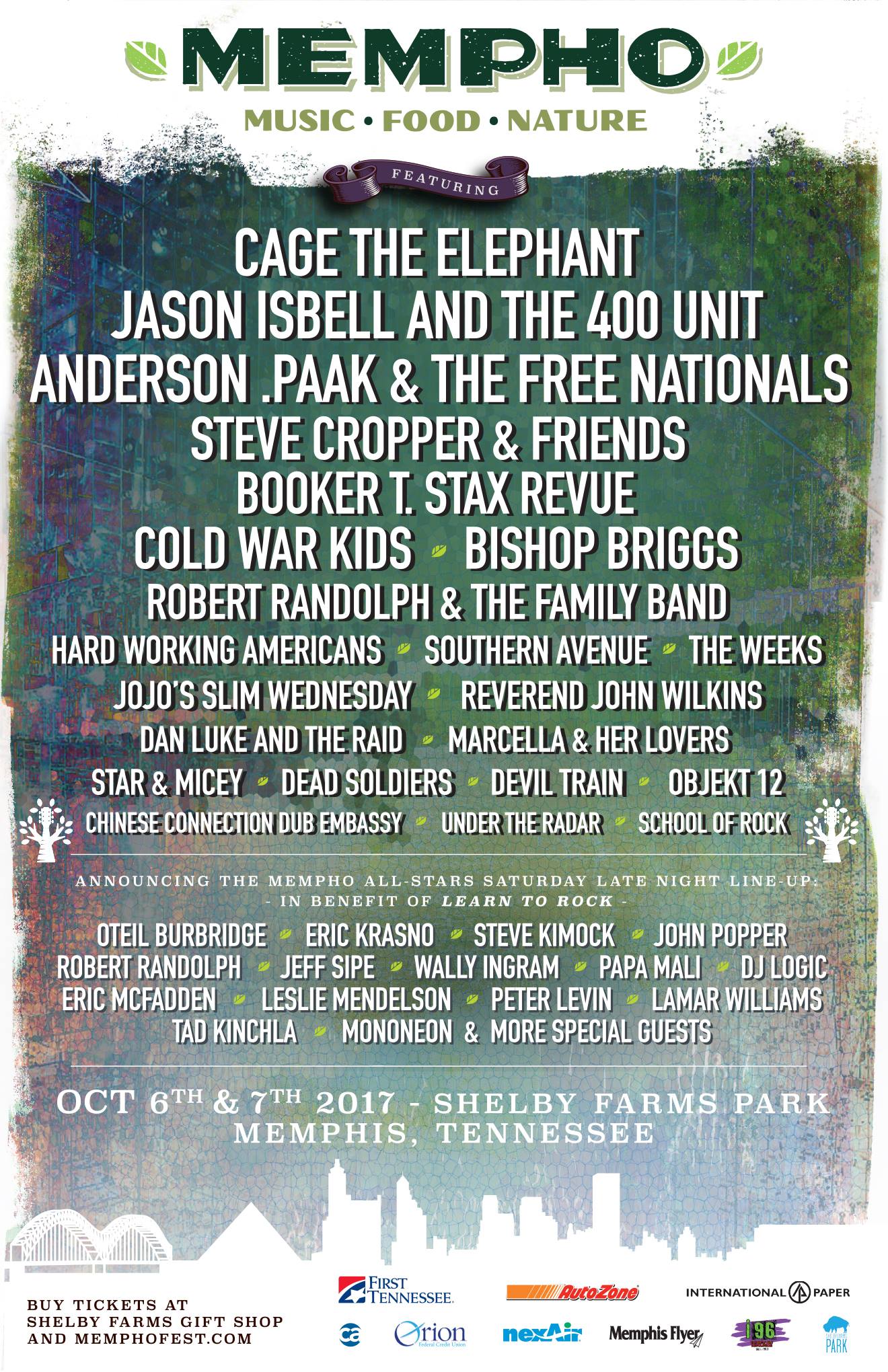 Join the Mempho Music Festival on October 6th at 7th from 12 PM and until hosted by Southern Avenue.

Over 20,000 music fans are expected to celebrate Memphis as the birthplace of Blues, Soul, and Rock & Roll on October 6th and 7th at Shelby Farms Park.

“The roots of American music can be clearly traced directly to Memphis. The first annual MEMPHO Music Festival is being launched with a distinct purpose to pay homage to our community’s unique role in shaping and influencing global music culture,” said Memphis native Diego Winegardner, Founder and CEO of Big River Presents, the promoter behind MEMPHO.

MEMPHO will be the first major music festival held amid the natural splendor of Shelby Farms Park. Just minutes from downtown Memphis, and five times the size of New York’s Central Park, Shelby Farms is one of the largest urban parks in America and features diverse outdoor activities including biking, canoeing, zip lining, and horseback riding. With two stages of music and culinary options for every taste and budget, MEMPHO will offer attendees an abundance of great music, food and nature. The menu will of course include Memphis’ legendary barbecue, as well as a wide array of beer, wine, and cocktails.

Chuck Leavell, legendary keyboard player for the Rolling Stones and founder of the Mother Nature Network (MNN), said; “As a special advisor to MEMPHO, I’m proud to help bring one of the greatest musical cities in the world a new kind of music festival. The setting is spectacular and the talent line-up is top notch with a combination of great new artists and some established fan favorites. As an environmentalist, I’m also very pleased that everyone involved has a high sensitivity to keeping the event clean and green, and in harmony with nature.”