There is a rumor going around that Zach Randolph donated $1 million to MLGW and is paying everyone’s utility bill. The rumor is not true.

Evidently it began to spread on social media according to a statement by MLGW revealing that they, as well as the Memphis Grizzlies organization, are aware of the rumor.

MLGW is advising any customers who have gone to an MLGW Kiosk or Exxon Kiosk since Friday that they should get in contact with MLGW by phone. They confirmed a kiosk glitch is printing wrong sales receipt. This may have given many customers the belief that their bills had been paid off.

The story comes after the former NBA Grizzlies player, Zachary McKenley Randolph, was announced that he will be playing for the Sacramento Kings on a two-year contract at an estimated $24 million. It also comes after a post made by MIFA who stated that Randolph has been donating for the last 8 years helping MLGW customers.

Here is MLGW’s statement below: 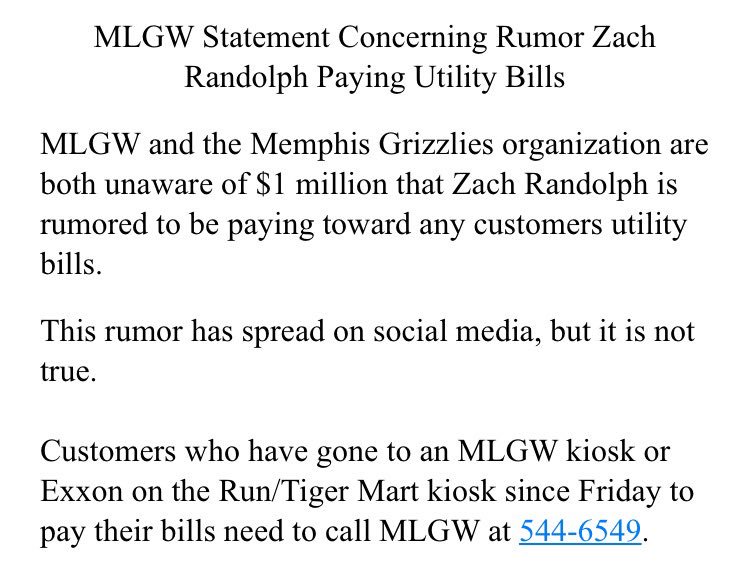