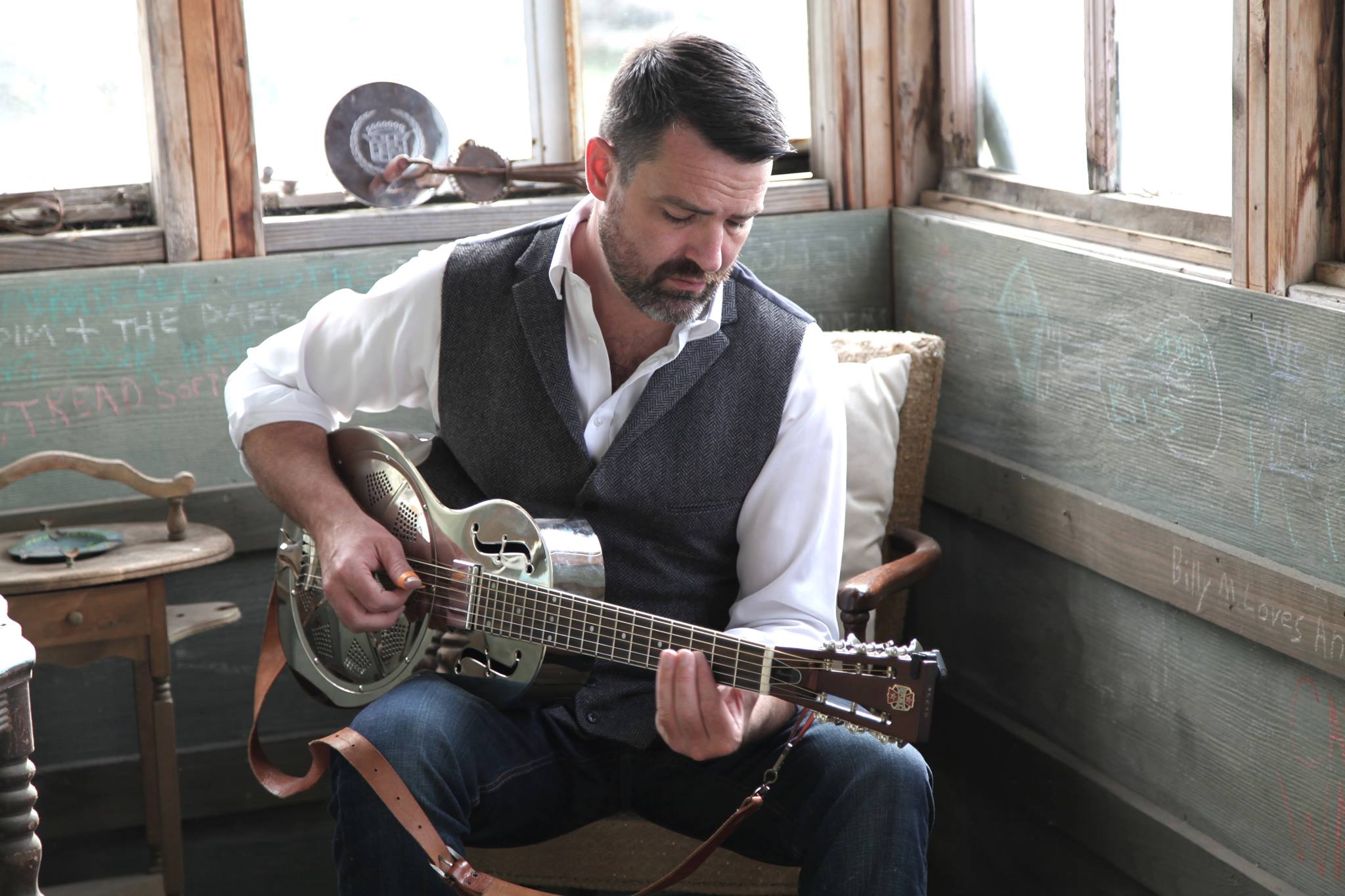 Martin Harley is a supremely talented Roots and Blues guitarist, singer and songwriter with a burgeoning global reputation. He’s a devotee to the music that came out of the Mississippi Delta, the slide guitar, and many other forms of roots music. Though Harley’s sound is rooted in the blues it seeks to tell his own story and draws on the ruminations of a musician who has spent much of his life on the road.

“Harley has it all – voice, guitar artistry and the songs” – Total Music

“No doubt that he is a slide guitar master. He is the business” – Roots Magazine

Martin Harley Playing LiveMartin grew up in South East England. He learned to play slide guitar on a warped 12 string guitar while living in the back of a Holden station in Australia. He’s been moving ever since and has released five albums to date. The last two were recorded in Texas and Nashville respectively.

The Current release ‘Live at Southern Ground’ features Daniel Kimbro (Jerry Douglas, Larking Poe) and is already top ten in the Euro Americana charts. Ahead of it’s release on the 25th September 2015. Martin Harley is an official showcasing artist at the 2015 Americana Music Conference in Nashville, TN.

Martin’s last album Mojo fix struck a big chord in the US Roots/Americana/Blues scenes. The results included touring coast to coast with ZZ Ward, Delta Rae openers for Bruce Hornsby, Iron and Wine, and many others. Martin showcased at the FMBQ triple A Music Summit in Boulder, Colorado and his singles at AAA and public radio have charted in the US. He’s performed Feature segments on PBS’s, Music City Roots and VH1’s top rated Big Morning Buzz. Martin’s music has been placed in the hit US TV shows, Banshee, The Vampire Diaries and Americas Best Bars.

“With depth that accompanies wisdom, the grit of anxiety and influences of yesteryear’s troubadours, enter Martin Harley: an artist fitting perfectly into your broken heart” – www.grammy.com

Martin Harley’s GuitarMartin tours regularly in the UK has had multiple festival appearances including: Glastonbury (Avalon Main Stage), Beautiful Days, Bearded Theory, Chagstock, Fieldview, Electric Beach and more. Martin has played tour support for Beth Hart on her last tour which included shows At The Roundhouse in London, Rock City in Nottingham, and The Ritz Manchester. He has also played the Royal Albert Hall, completed a full UK music tour by Bicycle and broken the world record for the highest ever gig.

Martin Harley has had radio plays on BBC Radio 1, 2, 4 and 6 as well as numerous specialist shows. In the US he has charted at AAA radio and is currently top ten in the UK Americana charts. Drumrolls For Somersaults reached #1 in the iTunes UK blues charts. He’s performed on albums with, Tim Tidwell, Fink, The Gun Club, Book of Birds and Sam Lewis amongst others.

“Quite simply a great live act” – Time Out London