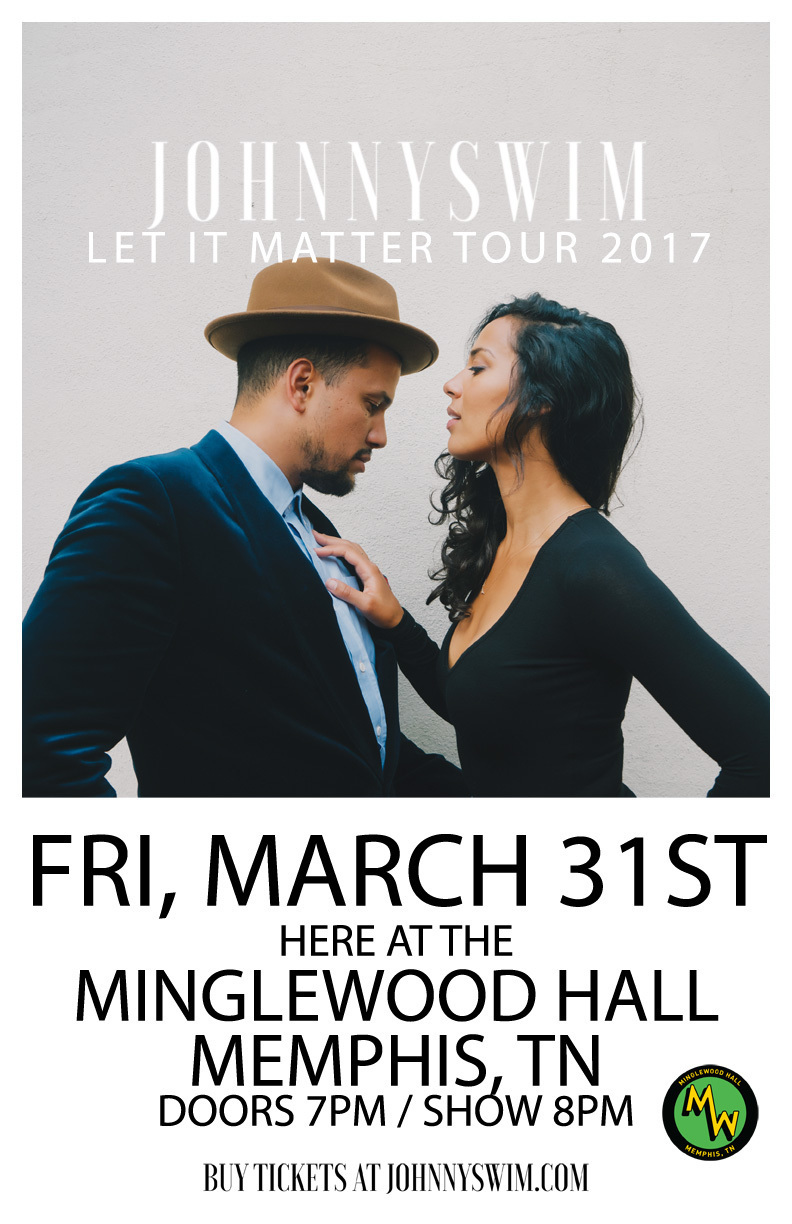 This event is all ages

Johnnyswim
Abner Ramirez and Amanda Sudano Ramirez make up JOHNNYSWIM. The pair met in Nashville in 2005, instituting a songwriting partnership not long afterward. They clicked together musically and personally, beginning a romantic relationship along with their creative connection.

The couple married in 2009 and relocated to Los Angeles. In addition to their 2014 debut full- length, they’ve released three EPs, as well as a Christmas EP and a live album. They’ve performed on various television shows including VH1’s “You Oughta Know Concert,” “The Tonight Show starring Jay Leno,” “Late Show with David Letterman,” “The Late Late Show with Craig Ferguson,” “Today Show,” “Live with Kelly & Michael,” and provided the theme song on HGTV’s “Fixer Upper.” The duo has also toured extensively including major U.S. festival appearances.

Georgica Pond was produced by JOHNNYSWIM’s Abner Ramirez and recorded at the couple’s home studio in Los Angeles, with bass and drum parts added at the Castle in Nashville.

Of their process, Ramirez explains, “Any fear we had on album one has completely evaporated. We know the people that come to JOHNNYSWIM shows. We know it matters to them what we have to say. We realize that, much like ourselves, our fans appreciate honesty. We wanted that to be the cornerstone of this album.” Amanda Sudano Ramirez further highlights the themes on the album: “love, legacy, the past and the future all put into this bittersweet mixture that makes you fully appreciate the present.”